Viburnum tinus hedge is a dark leaved evergreen is best allowed to be a little more natural in its structure as this will allow it to be festooned in clusters of white flowers during the winter months giving a much needed boost to the winter garden.

Viburnum tinus instant hedging is an evergreen flowering hedge, it is suitable for growing in all but the coldest part of the United Kingdom. The foliage is a slightly glossy dark green and oval shaped, while it can be trimmed up into a formal shape it is best left to grow in a more natural way to get the best from the plants.  When left to grow in a more natural way you will get lovely clusters of white flowers during the winter months that have a very faint pink tinge to them.  These flowers can be followed by a metallic blue fruit that fades to black as it ripens.  It is advisable to trim the plants after the flowers have faded and before the new growth comes on to keep the hedge looking at its best.

Viburnum tinus instant hedging is capable of growing in shaded areas but it also equally at home in exposed coastal locations.  In the wild it grows in more free draining soils and performs best in soils of this type.  It is known by the common name of Laurustinus.  Viburnum tinus hedge has been cultivated in the United Kingdom since the 16th Century. 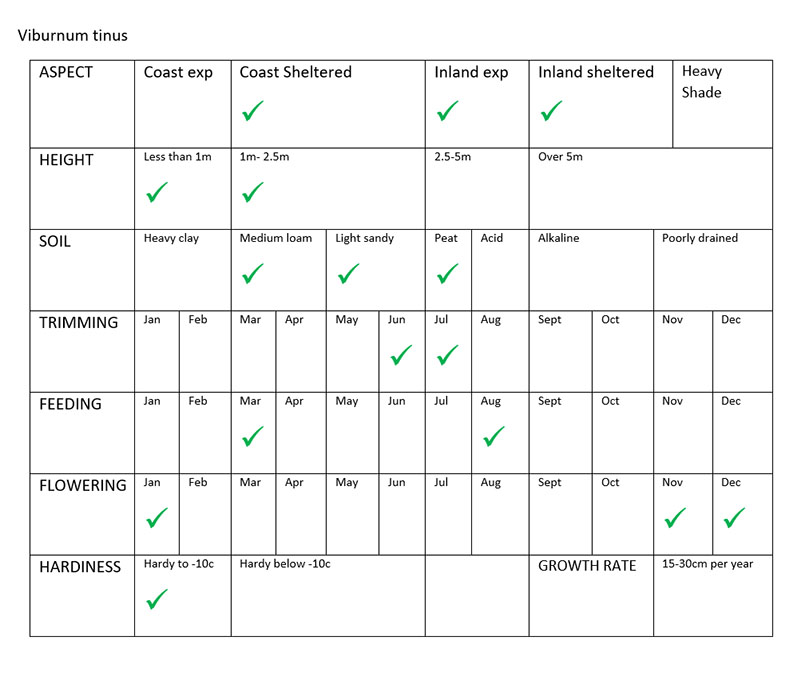 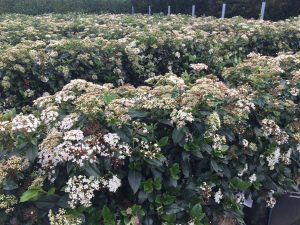