Prunus Lusitanica Angustifolia Hedge or Portugal Laurel is an evergreen shrub with small dark green leaves.  Capable of being trimmed up to a very formal and smart hedge it never fails to impress and produce a stunning hedge.

Portugal Laurel (Prunus lus. Angustifolia) readybag hedging is a stunning evergreen hedge that is becoming more popular each year.  With polished dark green leaves on red stems that fade as the plant ages, this hedge is fast becoming the benchmark that other hedges are judged by.  With regular trimming it can produce a very tight and dense hedge that will rival English Yew (Taxus baccata) in its appearance.

If Portugal laurel (prunus lusitanica angustifolia) readybag hedging is left untrimmed it will make a very soft looking hedge and can also produce a small white candle like flower in spring.  These flowers eventually will become black berries which if allowed to fall onto hard surfaces can stain paving or decking.  To avoid this, it is recommended that you trim the flowers off as they fade.

If allowed to grow untrimmed it can reach up to 5 metres in height.  They were first recorded as growing in this country in 1892. 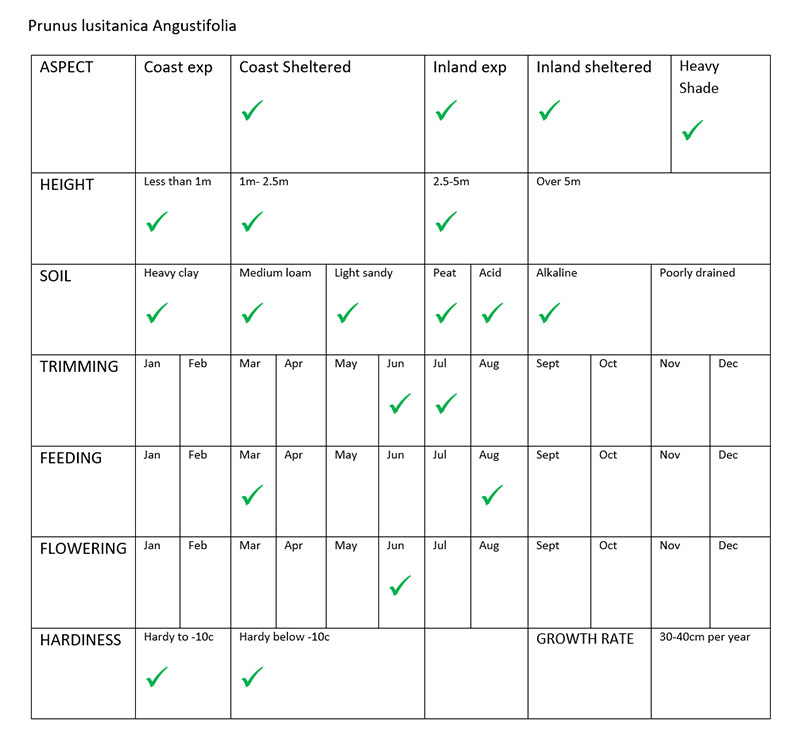