Phillyrea angustifolia is a dark green-leaved evergreen it is a good hedge for a formal area trimming up neatly.  It was a favourite of the Victorians but is now making a come back.

Phillyrea angustifolia instant hedging is an evergreen that has been much overlooked in recent years.  Once a favourite of Victorian gardeners where it was used for hedging and topiary it fell out a favour but now is gaining in popularity again.  A thin leaved evergreen which will comfortably make a hedge of 150 – 180cm in height the dark green foliage needs regular trimming to make it keep its density and looks.  If left un-trimmed it can have some small creamy yellow flowers that are fragrant.

Phillyrea angustifolia instant hedging plants originated from North Africa and Southern Europe and were known to be growing in the United Kingdom before 1600.  Coming from these climates they prefer being grown with a South or South West aspect and ideally sheltered from the worst of the North or Easterly winds.  However in a sheltered spot they are hardy down to minus 15 centigrade.

Phillyrea angustifolia instant hedging is suitable for growing in all soil types but does perform at its best in a well drained soil.  They are also very tolerant of coastal exposure making them brilliant for planting as hedging near the coast especially in more southern and western areas of the United Kingdom. 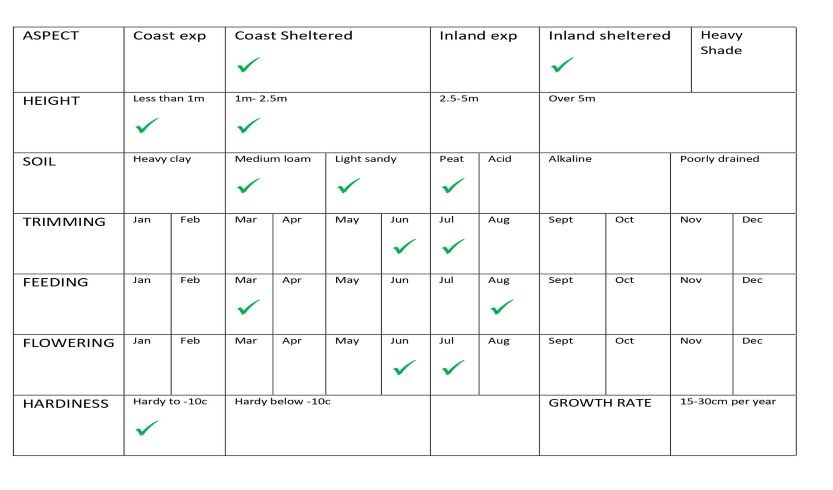