Green Beech or Fagus sylvatica hedging is one of the loveliest hedges you will see.  With its fresh green leaves in the spring and rich coppery leaves retained on the branches during the winter months it constantly changes and adds interest to any planting scheme or boundary

Green Beech (Fagus sylvatica) Readybag hedging is one of the quintessential English hedging plants, it has been planted in gardens and estates for Centuries and clipped to create a fine formal and manicured hedge.

If left to its own devices Green Beech (Fagus sylvatica) Readybag hedging can make a stunning tree that can be 100 foot tall and the same in width.  It can be kept around 4 foot in height with regular trimming and we would recommend that it is trimmed at least twice if not three times per year to get the best result.

Green Beech (Fagus sylvatica) Readybag hedging is particularly suitable for growing in shallow soils and over chalk or limestone.  It is best to avoid Heavy Clay or very wet soils.

The Guinness World Records notes that the tallest beech hedge on earth is the Meikleour beech hedge in Scotland standing at 30 metres tall and 530 metres long and was planted in 1745. 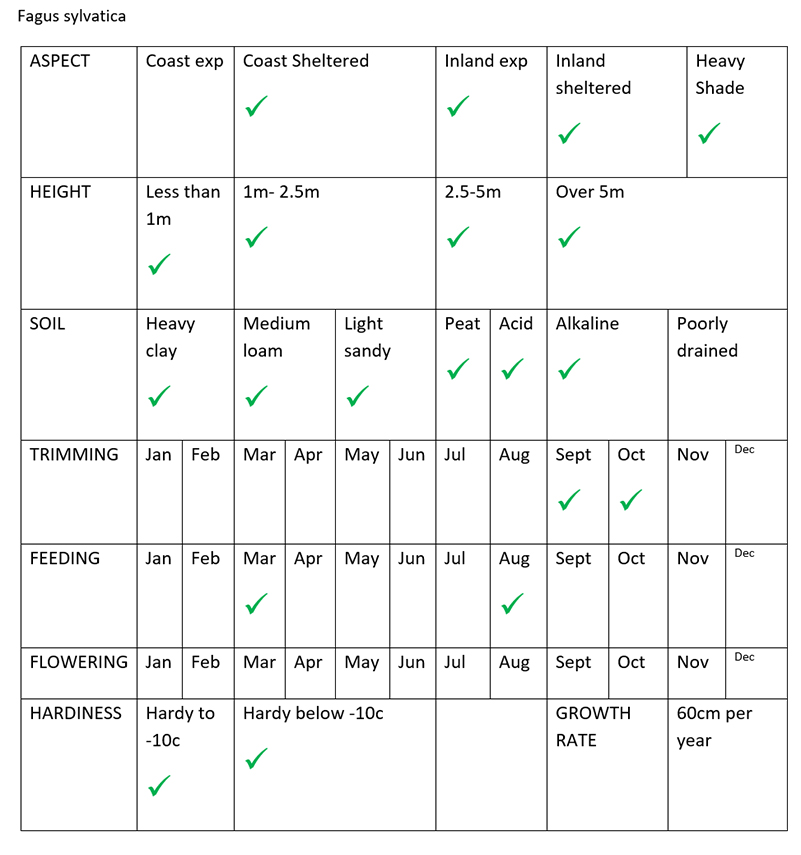