Common Box (Buxus sempervirens) Trough Hedging is the classic low evergreen border edging.  It adds a touch of class to any garden and can be kept trimmed tightly to maintain a formal shape.  With care it will grow nearly anywhere and can even be grown in large containers.

Common Box (Buxus sempervirens) Trough Hedging more commonly called Boxwood is a British native plant providing an instant hedge for your landscaping project. It is an evergreen shrub that produces a luxuriant mass of small dark green leaves.  These leaves are 12 to 25 mm long and half as wide and closely packed on the stems making the plant very dense, this is perfect for keeping trimmed as a low hedge such as is found in Knot Gardens or Parterres as well as geometric topiary shapes.

Common Box (Buxus sempervirens) Trough Hedging is tolerant of shade, as well as thin chalky soils and will in fact grow in most soil types unless they are very wet or exposed to cold winds. It is very slow in its growth and this makes it very manageable and suitable for forming dense hedges as well as being able to form smart geometric shapes.  Buxus sempervirens responds very well to being trimmed on a regular basis and two to three trims a year will keep it dense and looking at its best.  If allowed to grow untrimmed, it can form a bush that is wider than it is tall and can, over a long time, get to between 5 and 7 metres in height but more normally between 2 and 3 metres.

Common Box (Buxus sempervirens) Trough Hedging, is the classic hedge plant for use in Knot Gardens, Parterres and Potager gardens. It has a universal appeal for border edging in large formal gardens, as well as in the smallest town garden as topiary and other shapes. Box is used as the framework for formal designs and of the plants used for this only the English Yew can match Box for its versatility.

For the best results, trim Common Box (Buxus sempervirens) trough hedging with sharp hand shears and choose a day with a gentle breeze when it is dry.  It is also advisable to clear up all the trimmings and to brush them out of the plants after trimming to prevent infection and to improve the look of the plants.  If planting alongside other plants, it is advisable to leave a small gap to allow air to circulate freely to maintain the plants health.

Common Box was given an Award of Garden Merit by the Royal Horticultural Society in 1984. 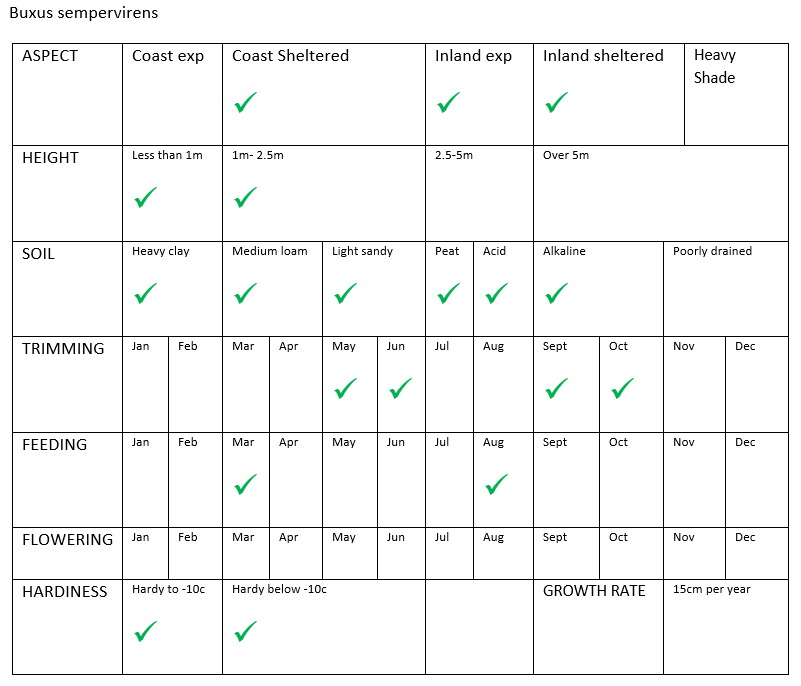 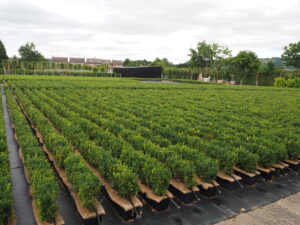 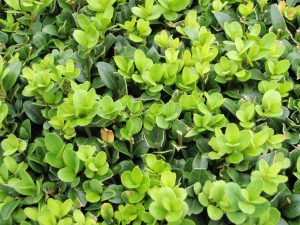 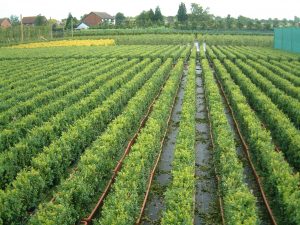